Transcranial magnetic stimulation (TMS) is an innovative, evidence-based treatment that uses gentle magnetic waves to stimulate activity in certain brain areas. It is non-invasive and relatively painless, with very few common side effects. In 2008, the Food and Drug Administration (FDA) approved TMS as a treatment for major depressive disorder.

Scientific studies have shown that TMS is a safe and effective treatment for bipolar disorder, also known as bipolar depression. 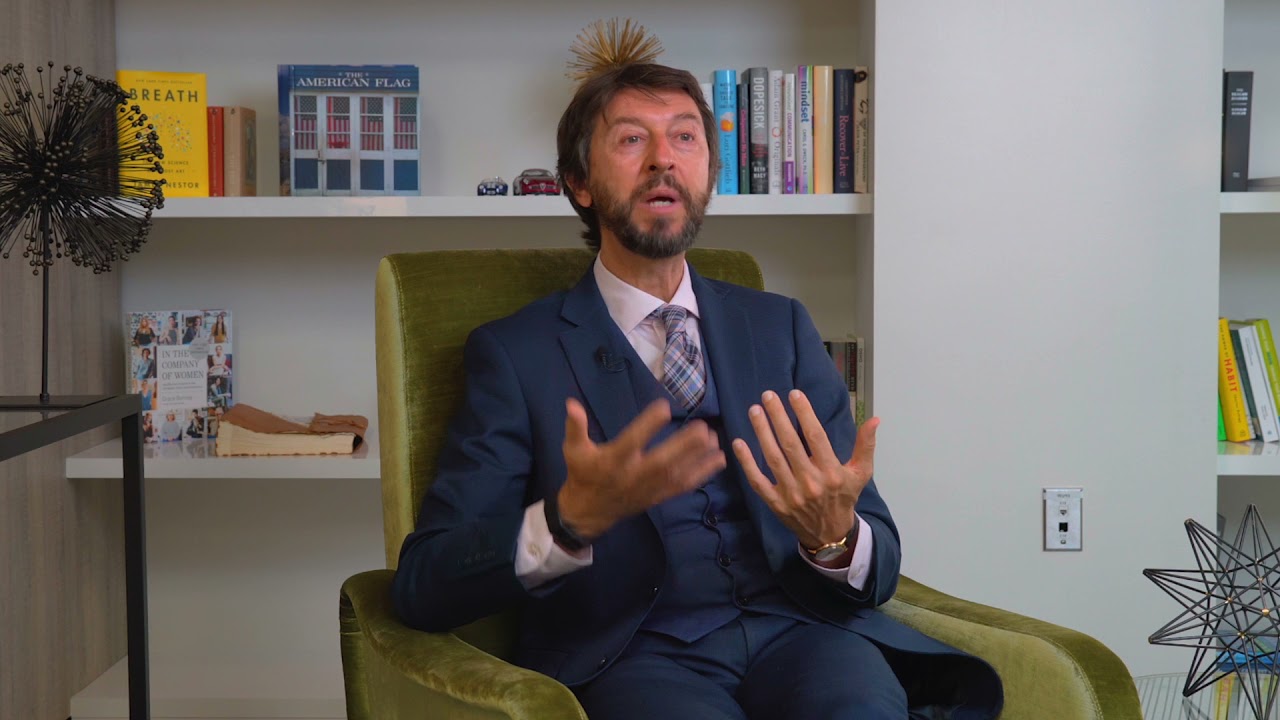 What Is Bipolar Disorder?

Bipolar disorder is a depressive disorder that causes affected individuals to experience episodes of high and low moods. These episodes can last from a few days to several weeks.

Typically diagnosed during the teenage years or early twenties, bipolar disorders involve drastic mood changes that are much more intense than the mood swings that many people experience during adolescence and adulthood.

Bipolar is one of the most common mental health disorders that affects millions of people each year in the United States. An estimated 4.4% of US adults experience bipolar disorder at some point in their lives.

What Are the Symptoms of Bipolar Disorder?

High or manic symptoms may include:

If any of these symptoms are present, it is best to seek professional advice from a medic or mental health expert.

What Are the Different Types of Bipolar Disorder?

There are four different types of bipolar disorder. They are:

Other specified and unspecified bipolar and related disorders- Bipolar symptoms that do not fit into one of the other categories.

Is Bipolar Disorder the Same As Manic Depression?

Manic depression is an outdated term for bipolar disorder, and people sometimes use the two terms interchangeably. However, bipolar disorder (and its four types) more accurately describes the experience of living with bipolar.

Scientists do not have a clear answer for exactly how or why bipolar disorder develops. However, the consensus view is that bipolar depression comes from chemical imbalances in the brain.

The brain is made up of many distinct structures and areas responsible for different functions. These different structures communicate and interact with each other using neurotransmitters - a type of signaling molecule that neurons send to affect other cells. The most common neurotransmitters are serotonin, gamma-aminobutyric acid (GABA), dopamine, glutamate, and norepinephrine.

Scientific studies suggest that an imbalance of any neurotransmitter can lead to bipolar symptoms, but norepinephrine and serotonin seem to play the most prominent role.

Norepinephrine is both a hormone and neurotransmitter. When the brain produces too much or too little of it, it can have widespread and significant consequences on mood and brain function. Higher than usual production may lead to manic episodes, while lower than usual production may cause depressive episodes. Serotonin also has a crucial role in the pathophysiology of bipolar disorder.

Some people who live with bipolar disorder struggle to find effective treatment. Often the medications that can help improve depressive symptoms also have the potential to induce manic episodes in clients. Antidepressants may increase the risk of switching to manic or hypomanic episodes.

Because of this, scientists and medics are continually researching new and different treatment options for bipolar disorder and other mental health disorders. Transcranial magnetic stimulation (TMS) is a novel treatment for bipolar depression that can improve depressive symptoms and help clients with bipolar disorder live fulfilling and enjoyable lives.

Transcranial magnetic stimulation (TMS) is a type of non-invasive brain stimulation therapy that uses magnetic waves to stimulate nerve cells in certain areas of the brain.

People living with mood disorders typically have increased or reduced brain activity in these areas. Stimulating the cells can cause long-term changes to activity levels, producing meaningful shifts in mood and behavior.

TMS is a non-invasive treatment, meaning that the procedure does not require any kind of surgery. Instead, an electromagnetic coil is placed over the scalp, creating a magnetic field that passes through and induces an electric field in the brain's prefrontal cortex. This electric field stimulates brain cells to affect neuronal activity.

TMS is relatively painless with few common side effects. Clients can resume normal activities immediately after TMS treatment and drive to and from treatment sessions.

What Is Repetitive Transcranial Magnetic Stimulation?

Repetitive transcranial magnetic stimulation (rTMS) is a type of TMS that uses a train of multiple magnetic pulses to affect brain activity. Clinical trials have shown that rTMS works best when clients participate in multiple sessions with time in between each session.

A typical course of rTMS involves daily sessions of up to an hour over four to nine weeks, after which some clients may receive ongoing maintenance treatment.

Deep transcranial magnetic stimulation is a type of TMS therapy that uses special equipment to pass magnetic pulses directly into deeper, broader areas of the brain.

Physicians use deep TMS to reach brain areas associated with a greater range of mental disorders, including anxiety and obsessive-compulsive disorder (OCD). Deep TMS is an effective treatment for bipolar depression.

Deep TMS technology uses specialized H-coils to reach deeper brain areas directly without significantly increasing the intensity of the magnetic pulses. This helps reduce the risk of side effects such as scalp pain or headaches.

Transcranial Magnetic Stimulation and the Treatment of Bipolar Disorder

Transcranial magnetic stimulation is a safe and effective therapy for treating bipolar depression, producing significant improvements in depressive symptoms - including those with treatment-resistant bipolar depression.

TMS for bipolar depression works by stimulating brain cells in the left dorsolateral prefrontal cortex, an area involved in regulating many brain functions, including mood and emotional responses. A final report by BrainWays found that deep TMS can produce a clinical response in 70% of clients.

A further clinical study has found that TMS can support better treatment outcomes within the first four weeks of treatment and increase treatment response rates.

TMS treatment for bipolar depression is CE marked in the European Economic Area (EEA), meaning it meets the high safety and health requirements necessary for certification in the region.

Transcranial magnetic stimulation therapy is an FDA-approved treatment for treatment-resistant major depression. TMS has very high success rates, with research suggesting that TMS leads to improved symptoms or complete remission in 62.5% of clients a year after treatment.

A clinical trial applying high-frequency TMS to the bilateral prefrontal cortex found that there was no significant difference in the improvement of depressive symptoms between unipolar and bipolar depression.

Is TMS a Better Option  For Bipolar Depression Than Traditional Treatments?

Medics usually recommend TMS treatment for clients who have treatment-resistant bipolar depression. There is no consistent definition for treatment-resistant, but it usually involves trying one or more types of medication or talking therapy without success.

For people living with treatment-resistant bipolar depression, TMS can be an attractive alternative. TMS has very few side effects compared to most medications - the most common side effects are a temporary mild headache and scalp discomfort.

What Can I Expect During a TMS Session?

TMS is a non-invasive and painless procedure that doesn't require an anesthetic. Clients remain conscious throughout the session and can talk with the TMS physician during the process. After the session ends, clients can resume normal activities, driving to and from the treatment center if they need to.

The first TMS session is usually a mapping session where the TMS physician locates the target area of the brain. The first step is locating a client's primary motor cortex, a group of neurotransmitters responsible for numerous essential bodily functions, including muscle contraction.

During the mapping session, the TMS physician will move the magnetic coil over the client's head, sending out single magnetic pulses until they observe a twitch in their right hand. This signifies that they have found the motor cortex. From here, they move the coil in small increments to locate the exact treatment site. The physician may mark the location with a pen on a white cap for future sessions.

Less common side effects of TMS treatment include jaw pain and muscle twitching. TMS pulses may cause moderate scalp pain in a small percentage of individuals. However, the TMS physician may be able to reduce these effects by changing the location of the coil alternating the intensity of the pulses.

While any form of TMS has a rare risk of seizures, this risk is equal to or less than the risk from antidepressant medications. TMS has few side effects compared to other bipolar depression treatments like antidepressants, which can cause nausea, tiredness, and insomnia.

What Are the Side-Effects of TMS Treatment?

Less common side effects of TMS treatment include jaw pain and muscle twitching. TMS pulses may cause moderate scalp pain in a small percentage of individuals. However, the TMS physician may be able to reduce these effects by changing the location of the coil alternating the intensity of the pulses.

While any form of TMS has a rare risk of seizures, this risk is equal to or less than the risk from antidepressant medications. TMS has few side effects compared to other bipolar depression treatments like antidepressants, which can cause nausea, tiredness, and insomnia.

Is TMS for Me?

Contact us at GIA Miami today to find out more about TMS therapy. We offer free, confidential advice over the phone or from our center in Miami, and we can answer any questions and offer expert insight, guidance, and reassurance.

Let science guide your recovery journey
Contact us for a free consultation
Call 833.713.0828
TESTIMONIAL
“ I went home and took a nap and I woke up and I told my wife, I don't ever want to do cocaine again and she looked at me and she said what do you mean?  ”
~ JZ
PROGRAM LINKS
RELATED ARTICLES

What is Unipolar Depression

Unipolar depression, also known as major depressive disorder, is an extremely common mood disorder; it causes a person to experience extreme negative feelings and emotional suffering. Maybe you think that you or a loved one has unipolar depression, or you may have recently been diagnosed with it. Either way, you could be worried about what […]
Read more

The Use of TMS and Benzodiazepines for Depression

At Gia Miami, we specialize in repetitive transcranial magnetic stimulations - rTMS or TMS for short. It's a mouthful, but if you're new to TMS, don't let the long name put you off. TMS treatment is a novel, evidence-based therapy that is also non-invasive and painless. It employs magnetic pulses of equal size and strength […]
Read more

Recovery is a lifelong journey that takes dedication and commitment. Unbeknown to many, it isn’t as simple as not using drugs or alcohol. For the best chance of recovery from addiction, you need to work on all aspects of your life. Only by doing this can you avoid behaviors, emotions, and actions that contributed to […]
Read more