Cocaine Use Disorder: The Problem

Cocaine addiction is a major public health problem across the world. Cocaine remains the second most misused drug in the world, and costs economies around the globe billions of dollars in violence and crime, death, health care consequences, lost productivity, and more.  For the individual, the abuse of cocaine creates cardiovascular, neurological and psychological consequences, which usually affect families and loved ones as well. Despite the overwhelming cost of cocaine to individuals and to our societies, there are no medications approved to effectively treat cocaine use disorders.

How Cocaine Changes the Brain

Decades of research have been conducted to understand and treat cocaine use disorder. The founder of GIA Miami, Dr. Antonello Bonci, and others have dedicated their careers to experimental studies in the clinic and in the laboratory with animal and cellular models. Thanks to their tireless efforts, we are finally beginning to have an understanding of the biological processes underlying the compulsive consumption of cocaine. In particular, it is evident that the chronic use of cocaine is associated with functional damage to numerous brain areas and a dysregulation of the signaling systems between brain cells. We also know that chronic cocaine abuse leads to significant increases in the risk of cardio- and neurovascular diseases, such as myocardial infarction and hemorrhagic stroke. 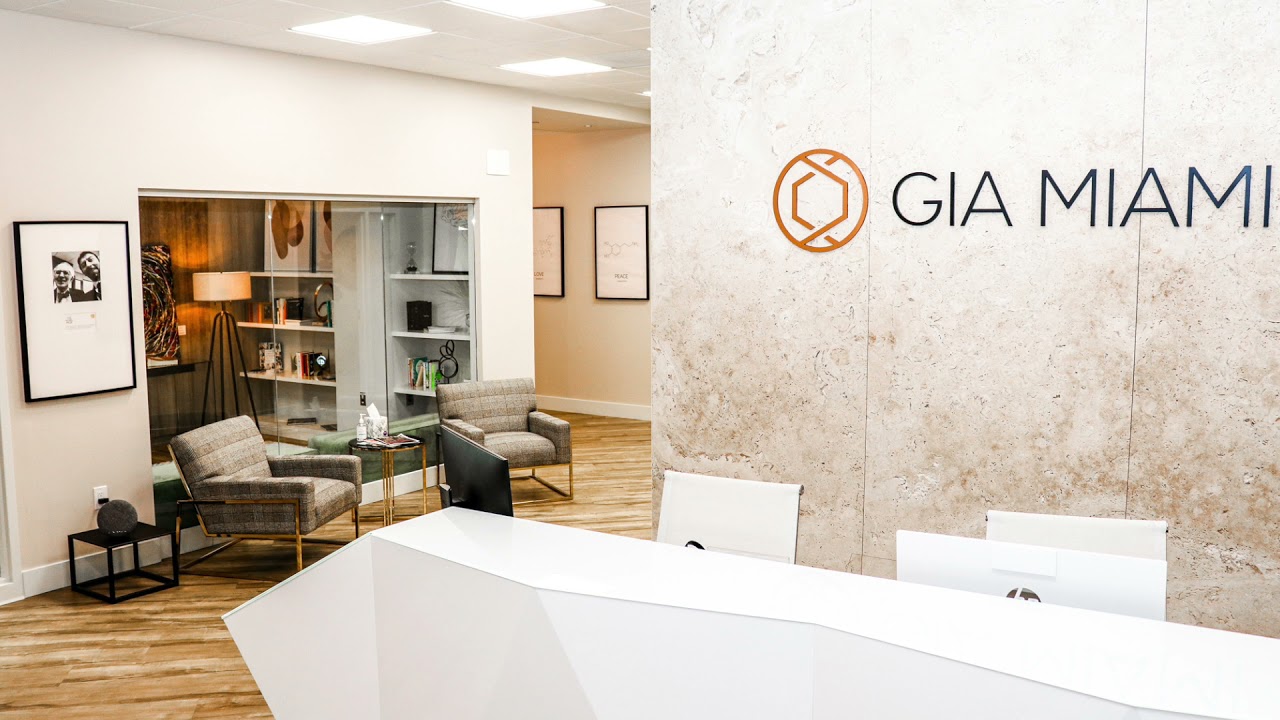 Why is Cocaine Addictive?

Cocaine works by blocking the recycling of dopamine, norepinephrine and serotonin in brain cells. In doing so, cocaine leads to increases in these neurotransmitters and prolongs their effects in the brain and body. Dopamine is the main neurotransmitter of brain’s reward system, which is responsible for generating the pleasure, reward and salience involved in addictions, including cocaine.

The brain areas mainly involved in this dopamine reward system include the ventral tegmental area, the nucleus accumbens, the prefrontal cortex, the amygdala, and the hippocampus. Together, these brain areas regulate emotions, motivation, fear, stress, and memory. These parts of the brain are not only responsible for the positive, euphoric feelings elicited by drug use, but also for natural pleasures and gratifications (such as food, sex, etc.).

Because of cocaine’s effects on these important brain regions, people who have developed a cocaine addiction experience a tremendous pressure to take cocaine over and over again. This desire, defined as craving, is uncontrollable. Cocaine craving can lead a person to do anything to satisfy it, often hurting themselves and those around them in the process.

The Creation and Development of the GIA/Bonci Method

A fundamental step forward in creating the first effective therapy for cocaine use disorders came from a research study by Dr. Bonci’s team (Chen and colleagues, 2013), published in the journal Nature. Dr. Bonci and his team discovered that increasing activity within the prefrontal cortex of rodents dramatically reduced their consumption of cocaine.

Based on this discovery, Dr. Bonci and colleagues worldwide performed clinical studies pioneering the use of repetitive Transcranial Magnetic Stimulation (rTMS) to start treating cocaine use disorders and other addictions. These studies yielded strong evidence for employing this non-invasive brain modulation technology to treat not only addiction but several other devastating neurological and psychiatric brain pathologies.

On April 28th, 2021, the results from these studies lead to CE approval in Europe for the use of TMS for treating addictions. The approval was based on two major studies by Dr. Bonci and his collaborators. The first study was in patients with a history of chronic cocaine use. Nearly 70% of the patients given TMS therapy had a negative drug test for cocaine, compared to only 19% of patients in the control group who received standard care. These initial findings were quickly bolstered by a follow-up observational study.

Read more: What is the success rate of TMS Therapy

The observational study involved 284 individuals with cocaine addiction. After receiving TMS therapy, patients were followed for a total two years and eight months. The results clearly showed that TMS therapy led to a significant, long-lasting reduction in cocaine use and relapse to cocaine use. Not only was craving for cocaine reduced or completely eliminated in most patients, but patients also reported significant changes in other aspects of their lives, including better control over their behaviors in stressful or triggering situations.

Magnetism is one of the four fundamental forces in nature. Our planet uses its magnetic field to protect itself by deflecting solar winds. In medicine, the healing properties of magnets were recognized in ancient Egypt as early as 3200 B.C.E. In the 17th century, Dr. William Gilbert used magnets to relieve the arthritis of Queen Elizabeth I. Today, powerful magnets are used to get very detailed images of our bodies and our brains, with a technology called Magnetic Resonance Imaging (MRI).

As for electricity, Hippocrates (circa 2400 B.C.E.), the father of modern medicine, and later Scribonius Largus (the personal physician of the Emperor Marcus Aurelius, circa 40 C.E.) applied electric fish to patients’ foreheads to relieve the pain produced by headaches.

The discovery that these two forces, magnetism and electricity, are always united happened during a lecture to college students in 1819. One day, Professor Hans Oersted of the University

of Copenhagen was giving a lecture on electric currents and magnets. By chance, he left a compass next to a conducting wire. During the lecture, he noticed that the electric current was actually moving the needle of the compass. This was one of the few major discoveries in physics made in front of a live audience.

Transcranial magnetic stimulation (TMS) is based on the principle of electromagnetic induction developed by the scientist Michael Faraday. In fact, the magnetic stimulators in TMS therapy work by inducing short currents in the brain that excite brain cells. A brief increase in electric current flow through a coil can produce a transient magnetic field. In TMS therapy, this magnetic field passes freely into the skull and induces an electric field underneath. If the magnetic field propagates in a conductor (neurons), it causes electric current to flow.

TMS uses pulsed magnetic fields that are concentrated in an area the size of a small coin. The pulses are generated by a magnetic coil placed on the scalp, allowing precise, non-invasive application over the head. By applying repeated stimulation pulses, repetitive (r)TMS can gradually increase or decrease the activity of specific regions of the brain, such as the dorsolateral prefrontal cortex (DLPFC). The DLPFC plays an important role in addiction because it connects key areas of the dopamine reward system, including the ventral tegmental area mentioned above. When the magnetic field delivered by a medical device reaches the cortex, neurons react by generating an action potential, which means they are activated. This activation propagates from the stimulated areas, reaching numerous other brain regions involved in the control of cocaine cravings. In this way TMS can reverse the damage caused by cocaine and restore normal brain functioning.

Read more: What is the cost of TMS Therapy?

The TMS treatment offered at GIA Miami is helping our patients regain control over their desires and behaviors and reduce cocaine craving and cocaine use. Our revolutionary methods, along with those of our colleagues around the world, are quickly becoming the most effective therapies in managing and treating addiction.

Innovative, cutting-edge treatments
Begin your journey now
Call 833.713.0828
TESTIMONIAL
“ After I did TMS, I had no desire to do cocaine. It took away my cravings, just like that. ”
~ J.Z.
PROGRAM LINKS
RELATED ARTICLES

How Long Does Postpartum Depression Last?

Many women find they feel a bit down and gloomy after a child's birth - they may experience mood swings, anxiety, and crying spells and may have difficulty sleeping. These symptoms - which generally appear two or three days into the postpartum period and begin to lessen within a few weeks - are completely normal […]
Read more

Depression is a common condition that affects emotional and psychological health. It can have a very significant impact on a person's daily life. People with depression report feeling hopeless, sad, and losing interest in activities they used to enjoy. Depression can also make a person feel empty and fatigued and affect their sleep and appetite. […]
Read more