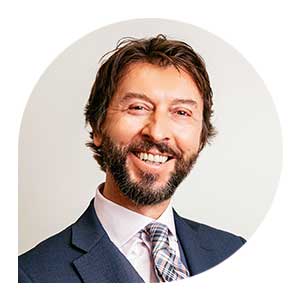 Worldwide, 280 million people suffer from depression, making it one of the most widespread mental health problems. For decades, medical professionals have been trying to find fool-proof depression treatment that consistently works.

From antidepressant medications and therapy to green prescriptions, many people try various treatments to see what works best for them. Yet, a large proportion of clients overlook TMS therapy for depression.

Used to treat a range of mental health conditions, including major depressive disorder and post-traumatic stress disorder (PTSD), TMS might just hold the key to curing depression for good. Here, we take a closer look at what TMS therapy is and its benefits.

What Is TMS Therapy for Depression?

Unlike electroconvulsive therapy, transcranial magnetic stimulation doesn’t require any anesthesia, and it only uses low magnetic pulses to stimulate brain activity. Repetitive transcranial magnetic stimulation, or repetitive TMS, is another word for TMS that highlights how long a typical course of treatment is. It ranges from four to six weeks and is a repetitive form of therapy. However, the exact length of treatment will vary from person to person.

How Does Transcranial Magnetic Stimulation Work?

TMS therapy helps relieve symptoms by targeting the part of the brain that helps regulate mood (the dorsolateral prefrontal cortex). Electromagnetic pulses are delivered to this central location, helping to stimulate nerve cells and trigger brain stimulation. Since TMS targets the prefrontal cortex, it is thought to improve symptoms of depression and other mental health disorders, including anxiety.

How Long Is TMS treatment for depression?

TMS therapy is an ongoing procedure performed over four to six weeks. Sessions generally last between thirty to forty minutes, with clients attending treatment five days a week. Though TMS produces little to no side effects, clients sometimes ask someone to accompany them to their appointment until they feel comfortable enough to attend independently.

Who Will Carry Out the TMS Treatment?

Depression is a common mental illness that affects the way people think and feel, often causing emotions such as sadness and hopelessness to arise. Other depression symptoms include:

Depression can also present a range of physical symptoms, including:

Despite the complexities, it is entirely possible to treat depression. Standard treatments usually include things like talk therapy and medication, but transcranial magnetic stimulation (TMS) delivers a fresh new alternative.

Most people think depression is a chemical imbalance in the brain, but it can actually stem from a variety of factors, such as:

Though there’s no set cause, major depressive disorder can be treated. As an entirely non-invasive form of treatment, TMS is nothing like other brain stimulation therapies, such as electroshock therapy or electrical stimulation treatment (ECT).

The Case for TMS for Depression

Unlike other forms of treatment for major depression, including electroconvulsive therapy (ECT) and medication, both of which can have lingering side effects, one of the great things about transcranial magnetic stimulation is that it has little to no impact on the body.

Aside from potential weight gain and mood swings associated with medication, ECT can be uncomfortable and painful at times. In contrast, repetitive transcranial magnetic stimulation (rTMS) is a completely non-invasive form of treatment and is as safe as an MRI machine.

Though the benefits of TMS continue to be researched by scientists, recent studies have shown its effectiveness in reducing depressive symptoms. The theory behind its success points to the magnetic pulses that are delivered to nerve cells in the brain via pulses. This triggers brain stimulation in the prefrontal cortex, which is thought to help regulate emotions, get the brain involved in stimulation, and boost moods in those who may have found other treatments to be ineffective.

﻿A Harvard study shows that approximately 50% to 60% of people with depression experience a positive change after TMS, with some even going into complete remission and never experiencing symptoms again.

In most cases, clients began to experience symptom relief from depression after around three months.

TMS therapy is approved by the US Food and Drug Administration for the treatment of major depressive disorders. Although around 300 million people worldwide suffer from depression, traditional therapeutic approaches, such as medication or psychotherapy, are not always practical. In this case, the condition is called treatment-resistant depression.

The American Psychiatric Association has indicated that TMS for treatment-resistant depression is highly beneficial. As a safe, painless, and non-invasive approach, it works well in combination with other treatments for depression, with multiple trials and studies showing its effectiveness.

What To Expect During a TMS Therapy Session for Depression

Since transcranial magnetic stimulation is painless, it doesn’t require anesthesia. This makes it a welcome alternative for many clients who have experienced ECT or have had to take heavy medication.

TMS therapy is a simple procedure delivered by a certified TMS physician on a recurring basis for up to six weeks. However, some people may not require treatment for this long, whereas others may. Typically, a TMS session lasts anywhere between thirty to forty minutes.

During a repetitive transcranial magnetic stimulation session, it is common for those undergoing treatment to hear clicking sounds and feel a slight tapping sensation. Although this can be surprising, it is entirely normal and is just the sound of the electromagnetic coil delivering pulses to brain cells in the motor cortex.

In the event that a client feels uncomfortable during treatment, the TMS technician can pause or stop treatment and answer any questions.

How To Prepare for TMS Therapy Session

Though TMS is a simple procedure, there are a few things that clients need to do ahead of their scheduled session. This may include taking a physical or psychiatric exam to help doctors better understand the state of their mental health.

It is also important to note that not everyone will be able to undergo TMS therapy. Unfortunately, TMS therapy cannot be offered if:

At GIA Miami, we are dedicated to providing depression treatments to help our clients get their lives back on track. We firmly believe that a mental health condition, such as depression, does not have to hold anyone back.

Located in the heart of Miami, we offer a relaxed and luxurious space to de-stress and focus on recovery. All of our clients are treated with the respect and autonomy they deserve, and we work with them to create a bespoke package that suits their needs.

We know just how difficult living with major depression can be, so we have pioneered a new and effective treatment for those suffering from depression and anxiety disorders. Alongside talk therapy and medication, we also offer TMS therapy to those who would like to take advantage of it. All treatment sessions are performed by vetted technicians and are a quick and painless alternative to more traditional brain stimulation therapies.

Session through our admissions process. To find out more about TMS therapy or our facilities, call us on 561.462.4099 today.

Let science guide your recovery journey
Contact us for a free consultation
Call 833.713.0828
TESTIMONIAL
“ I can't say enough about the doctors and the staff here. My anxiety level has reduced dramatically. It's so great. ”
~ D.S.
PROGRAM LINKS
RELATED ARTICLES

TMS vs. Ketamine: Which Is More Effective and Better For Me?

Psychology research has long tried to find a treatment for mental disorders such as depression. Depression is the most common mental health issue worldwide. The World Health Organization (WHO) reports that five percent of all adults suffer from this condition worldwide. There are different types of depression, ranging in cause and severity. Some types of […]
Read more

Does TMS Cause Memory Loss?

Undergoing treatment of any kind can be anxiety-inducing. Having a full understanding of the treatment you choose is important, both for your own peace of mind and for your recovery outcomes. Transcranial magnetic stimulation (TMS) is an innovative form of therapy that is effective in the treatment of mental health disorders and chronic pain. TMS […]
Read more

Is TMS Safe During Pregnancy?

Transcranial magnetic stimulation (TMS) therapy is a non-invasive, relatively painless procedure with far fewer side effects than antidepressant medication. Read on to find out more about TMS and whether it could be for you. What Is TMS Therapy? Transcranial magnetic stimulation (TMS) therapy is an innovative, evidence-based treatment that uses gentle magnetic ways to stimulate […]
Read more